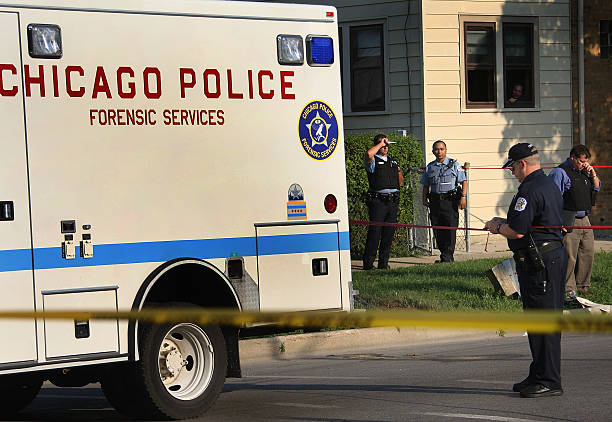 As chief legal officers, we have a sworn duty to protect the people of our counties. However, that promise has become increasingly more difficult to uphold because of Illinois legislation that was signed into law last year. Since the passage of the erroneously named SAFE-T Act, communities across our state have seen record spikes in crime, including rampant carjackings, indiscriminate shootings and homicides. The proposals set forth in House Bill 3653 pose a serious threat to public safety — specifically, to victims and witnesses of violent crimes in our community.

This legislation, at nearly 800 pages, was poorly drafted, passed in the middle of the night with little to no public debate or review, and contained various reactionary requirements inconsistent with long-standing and sound jurisprudence of our country and state.

While the state legislature has since made a handful of changes to the SAFE-T Act, there are still many provisions in the sweeping new law that are not workable and/or create public safety concerns.

For example, the law proposes that all defendants charged with criminal acts should be released from custody without posting monetary bail. This abolition of cash bail is set to go into effect Jan. 1, 2023, which will cause major public safety issues. For instance, violent offenders who are released on electronic monitoring and choose to violate the terms of their release have to be in violation for 48 hours before law enforcement can do anything about it.

Furthermore, this denies crime victims their constitutional rights. Article 1, Section 8.1 of the Illinois Constitution, codified in the Rights of Crime Victims and Witnesses Act, mandates that crime victims shall have the right to have their safety and that of their families considered in denying or fixing the amount of bail, determining whether to release the defendant and setting conditions of release after arrest and conviction. Eliminating bail clearly contradicts previously established and superior law, places crime victims at a greater risk to be re-victimized, and unnecessarily subjects witnesses to threats and intimidation.

In addition, the law severely weakens the habitual-crime statutes and “three strikes” sentencing laws. This makes it significantly harder for our criminal justice system to get repeat violent offenders off the streets and behind bars. We can’t expect to have any success in keeping our communities safe if we continue releasing the very people who are most likely to commit violent crimes. These statutes were designed for this very purpose: to empower law enforcement and prosecutors to keep violent criminals off the streets.

Most egregiously, however, is that this law substantially strips the people of this state of the ability to charge an individual with what is commonly referred to as “felony murder.” This is a crime in which an individual commits or attempts to commit a forcible felony that results in someone’s death. Weakening this long-standing provision simply is inconsistent with the ends of justice.

In short, this poorly drafted law, containing ill-conceived directives, would negatively affect the integrity of every investigation, prosecution and the safety of every citizen of our community. We must stand with the men and women of law enforcement who consistently stand up for us, and we must not allow this law to stand as passed.

We must continue to work to get rid of the dangerous provisions of the SAFE-T Act that hamper the ability of law enforcement to pursue and arrest offenders. Policymakers need to own up to and address the bail reform and electronic monitoring changes that we have already seen result in tragic consequences where similar provisions have been in effect. Those who originally voted for this bill are now realizing that they may have gone too far when they see more and more citizens from across the state becoming victims of violent crimes, allegedly committed by defendants released without bail pending felony prosecution.

The spring legislative session is scheduled to end in just a couple of weeks, leaving little time for substantive action to address these issues. We need our lawmakers to step up now, and we need to make sure that they hear from the people who work every day to protect their communities.