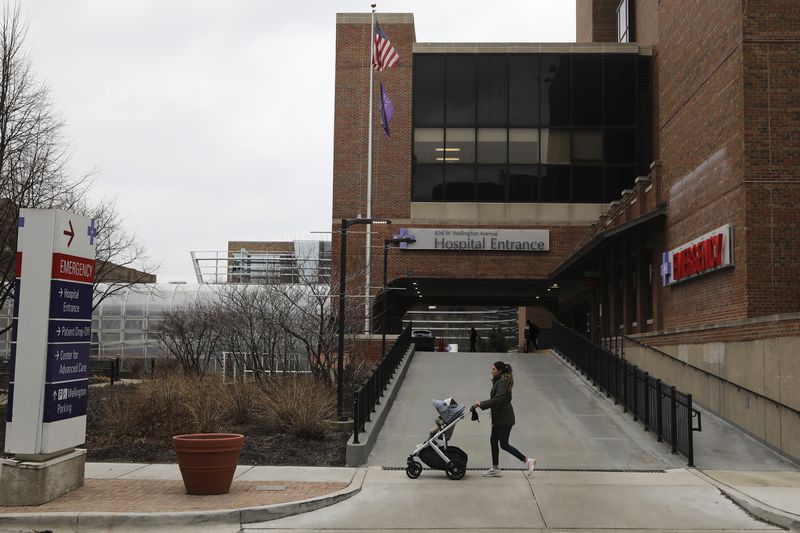 Advocate Illinois Masonic Medical Center is planning a sweeping, $645 million project to modernize the hospital that includes renovations, the construction of new buildings and the demolition of others.

The Lakeview hospital is proposing building a four-story addition to its Center for Advanced Care building, which is a facility for outpatient care, which is care that does not require an overnight hospital stay, according to an application the hospital filed with the State Health Facilities and Services Review Board.

It’s also hoping to build a five-story bed tower on top of the Center for Advanced Care, where most of its overnight beds would be relocated to private rooms. Now, only about 20% to 25% of the hospital’s rooms are private.

Overall, the project would mean 332,780 square feet of new construction, with completion in 2030. Once it’s finished, the hospital would have 326 licensed, staffed beds, said hospital president Susan Nordstrom Lopez. Now, the hospital has 397 licensed beds but only about 304 are staffed, meaning only 304 are able to be used, she said.

“We’re going to have a pretty new campus when this is all completed,” Nordstrom Lopez said.

The state review board must approve the project before it can proceed. The board is scheduled to consider the project at its June 7 meeting. The project could break ground as early as this summer, Nordstrom Lopez said.

A main motivation behind the project is to make sure all patients get private rooms where they and their families will have more space, Nordstrom Lopez said.

“Having private rooms is very important in a pandemic era, and this gives us an opportunity to … create that kind of space for our patients and their families,” Nordstrom Lopez said. “I think, finally, we’ll have the kind of space that reflects the quality of care our patients receive at Illinois Masonic.”

The expansion of the Center for Advanced Care would include a new breast center with mammography and ultrasound services that are now in a leased medical office building. It would also expand outpatient cancer services, as well as relocate and modernize operating rooms.

The Center for Advanced Care is already in a relatively new building that was completed in 2015. But demand for cancer services in that building has been high, driving the need for expansion, Nordstrom Lopez said. The four-story addition will extend the center to the west.

A number of doctors and local health care leaders have already expressed their support for the project, writing letters to the state review board endorsing it.

“A hospital that has been dedicated to caring for the community for over 100 years is in need of a major overhaul,” wrote Dr. Richard Fantus, Masonic medical director for trauma, surgical and perioperative services, in a Feb. 28 letter to the board.

He noted that many of the hospital’s beds and operating rooms are now in a building that’s more than 50 years old.

“Five decades of advancements in medicine bring with it the need for additional space and modernization in order to accommodate the significant increase in technology,” Fantus wrote. He added that, “The recent pandemic illustrates how semiprivate patient rooms no longer have a place in the delivery of modern health care.”

Dr. Jude Duval, director of maternal fetal medicine at Masonic, wrote that often, now, women in the neighborhood receive prenatal care elsewhere but end up at Masonic in emergency situations.

Modernizing spaces for women’s health would give women the opportunity to “deliver their newborn in their neighborhood and no longer have to travel away from families and friends,” Duval wrote.

In recent years, a number of Chicago-area hospitals have embarked on construction projects designed to keep up with advancements in medicine and a shift toward outpatient care, as more procedures are able to be done without an overnight stay.

Earlier this year, University of Chicago Medicine announced plans to build a $633 million, 500,000-square-foot cancer hospital in Hyde Park to attract more patients, help address health inequities on the city’s South Side and free up beds at the main hospital. Rush University Medical Center has also been constructing a large facility on Chicago’s Near West Side that it hopes will become a destination center for cancer and neurological care.

Lisa Schencker is a Tribune business reporter covering health care. She writes about patients, hospitals, health insurers and pharmaceutical companies. Before joining the Tribune in 2016, she worked at Modern Healthcare and at daily newspapers across the country, including the Salt Lake Tribune for seven years.