It's All About the Independents....AGAIN

We found the following opinion piece from ROLL CALL interesting and thought that it should be shared with you. While it might not be 100% applicable to Illinois and Chicago, it is worth the time to understand Winston's perspective nationally, and then view it with a filter that could be applied to many close races in the metropolitan Chicago/Cook County area, including the collar counties.

It Was All About The Independents...AGAIN 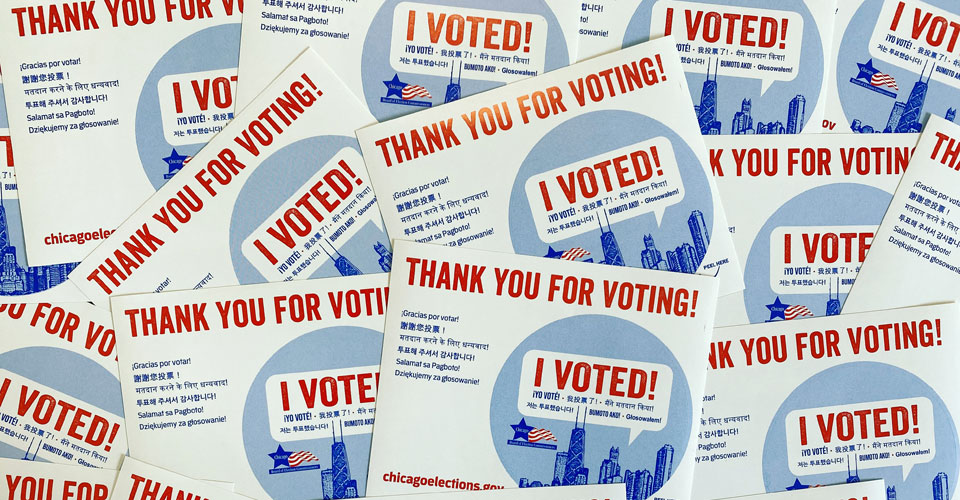 When will strategists learn that elections aren’t decided by the base?

David Winston is the president of The Winston Group and a longtime adviser to congressional Republicans. He previously served as the director of planning for Speaker Newt Gingrich. He advises Fortune 100 companies, foundations, and nonprofit organizations on strategic planning and public policy issues, as well as serving as an election analyst for CBS News.

What makes 2022 different is the fact that nationally, independents broke with past election behavior by voting for the party holding the White House by a slim margin of 49 percent to 47 percent, at least in preliminary results. This was despite having an unfavorable view of President Joe Biden, at 37 percent favorable to 60 percent unfavorable. For context, former President Donald Trump’s favorable/unfavorable with independents in the exit polls was 30 percent to 66 percent, while Speaker Nancy Pelosi got the lowest ranking at 28 percent to 68 percent.

For regular readers of this column, the determinative role independent voters played in last week’s elections likely came as no surprise. I have written more columns over more years than I care to remember arguing that base election strategies are as out-of-date and out-of-touch as the stale, negative campaign messaging that still dominates politics today.

According to the Edison Research preliminary exit polls, independents were without question the most critical voter group in this election. In fact, they made up 31 percent of the electorate, the largest percentage going back as far as the 1980 election.

Since 1986, the party not holding the presidency has won independents in every election except 2002, when George W. Bush enjoyed an extraordinarily high job approval in the post-9/11 political environment. But not this year.

As for voters overall, the economy was the top issue for independents. Only 1 percent of independent voters rated the economy as “excellent,” while 19 percent called it “good,” 41 percent said “not so good” and another 38 percent said “poor.” Here’s where the election results get a little murky.

Independents in the exit polls said they believed Republicans were better able to handle inflation by a 52 percent to 41 percent margin, and yet the GOP lost independent voters overall by 2 points. More interesting, and not just a little confusing, were the crosstabs on this issue.

It will take more than a week’s worth of exit poll analyses to understand the disconnect between voter beliefs and voter behavior on the issue of the economy. This will, of course, not stop the pundits and the politicos from expounding on the causes and effects behind the election results.

Listening to the talking heads, for many, especially those in the media, the fact that independents decided the outcome of the congressional midterms has been nothing short of a revelation. Strategists have clung to the notion that elections are all about the base — dogma that this election disproves, as so many others have done in the past.

At this point there is a lot of second-guessing and Monday morning quarterbacking going on, much of it based on gut conclusions and emotion-based guessing, not data. And the urban legends that always follow complicated elections have already begun to stream across social media and the Sunday talk shows.

One consistent talking point has been the claim that the youth vote and women voters turned out in higher numbers in this election because of the abortion issue, climate change and student debt relief. At this point, it looks like national turnout this year is likely to be close to the higher 2018 off-year election turnout.

So while the turnout may be large and there may be variations in states and specific races, at this point, we have not seen evidence that either young voters or women voters turned out in greater proportion of the electorate than we’ve seen in other off-year elections.

The 18- to 29-year-old vote, which made up between 12 percent and 13 percent of the total vote in the last four nonpresidential elections, accounted for 12 percent of the electorate this year. That’s not to say that in individual races, issues like student debt may have played a bigger role. But nationally, according to the Edison exit polls, the youth vote did not overperform.

Neither did the women’s vote, which at 52 percent of the vote was consistent with previous elections. In the months leading up to the election, much of the political discussion revolved around how the Supreme Court’s decision to overturn Roe v. Wade would impact Republicans and Democrats. But the Edison exit poll data shows that Republicans actually improved with women voters, losing them by only 8 points (53 percent Democratic to 45 percent Republican) after a 19-point deficit in 2018.

One can theorize about what drove the final outcome of the 2022 election in terms of issues and candidates, but the negative advertising that dominated both parties’ messaging deserves a serious postmortem. One thing I can say with some certainty is that independents don’t respond well to attack ads. Unfortunately, too many strategists create content designed for the base in the hope of increasing turnout and, more importantly, raising money.

In recent elections, both parties have resorted to the politics of fear and anger — which may appeal to the base, but independents see it as only adding to the animosity dividing the country. It’s time both parties start defining solutions to problems rather than simply assigning blame, or they risk losing the ability to build a majority coalition.